The United States embassy in Harare has condemned the use of security forces to take over the headquarters of the opposition MDC Alliance.

Armed soldiers and police officers on Thursday evening assisted over 20 youths loyal to the Thokozani Khupe led MDC-T in taking over the party headquarters, the Morgan Richard Tsvangirai House, also known as Harvest House in the centre of the capital Harare.

On Friday the US Embassy in Harare tweeted the following;

We are dismayed by the politicized use of security forces to take over the headquarters of an opposition party and arrest its members. A healthy democracy requires healthy opposition parties. #PoliticalArrests #AHouseStolen 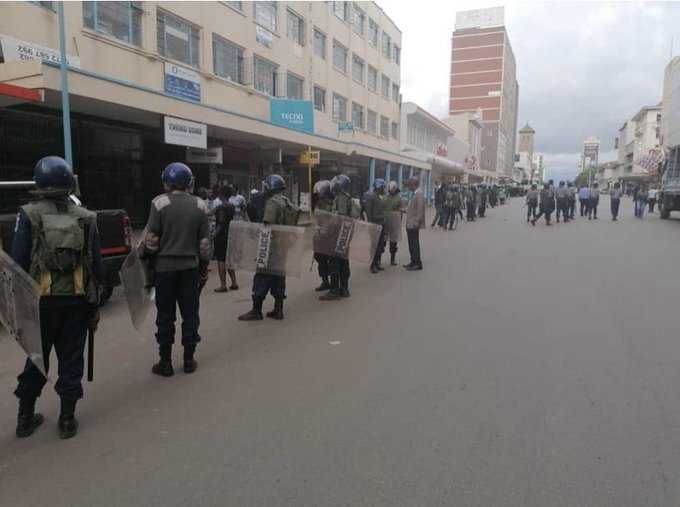 1,654 people are talking about this

“The soldiers severely assaulted our security personnel who were manning the building. The youths locked themselves in the building refusing to leave,” she said adding the party secretary general Chalton Hwende had attended the scene but his attempt to make a police report over the takeover was thwarted and he was advised to talk to the army.

357 people are talking about this

“We are the rightful owners of the building and you have had no court order to stop us from entering,” Biti told the police officers blocking their way.

He and four other MDC officials were arrested and transported to a police station in a lorry. It was not immediately clear what charges they would face.

Llyod Machanjaira finally speaks My Boss Forced me into Homosexuality